Impact at team level – the day our CTO faded away 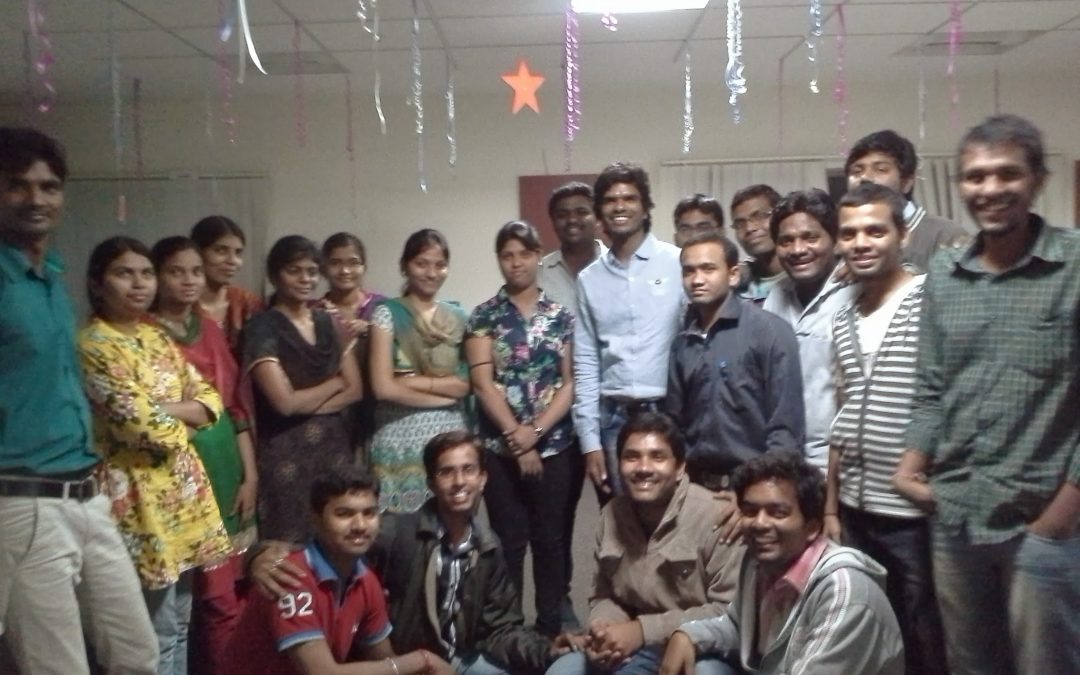 A CTO is a Chief Technology Officer. In our case this was a young brilliant systems engineer in India named Nikhil. He single-handedly built the entire backend system that supports the infrastructure to administer and manage our Human Potential assessment products and services. He did this out of passion, mostly in the evenings and on weekends due to a full time day job.

As our business grew, so did the number of assessments and the complexity of the DB. Under his leadership we knew that the backend platform, upon which our clients relied, would be robust and future proof for years to come. There are currently 4000 registered users and we expect this to grow exponentially. In order to meet the needs of the many IT projects in the pipeline, we found ways to unload the more basic technical tasks with other programmers but were adamant to keep Nikhil engaged for the tech vision and more advanced projects. This set up worked well and was sustainable as long as Nikhil remained available as CTO.

However, a few months ago his priorities started to change. With a growing family and an even more demanding day job, the number of hours he could commit to BFP was declining rapidly. One of the cultural idiosyncrasies  about working with Indians, is the fluidness of their communication. Sometimes it can be hard to tell what they are thinking and feeling. In the case of Nikhil, he kept affirming that the status quo was fine and that he would continue to find time for us but his actions told another story. As a consequence we kept holding on to someone who wasn’t really there anymore, rather than accept his need to re-prioritize his life and find another partner who could take over the reins.

There is one project in particular that suffered from this void in technical leadership. It would have been a fairly routine initiative so we felt confident with the aggressive timings promised to the client. Without Nikhil’s involvement though nothing was happening. The programming team was waiting for instructions and guidance but nothing was coming. As a result, Sujith and I put all our effort trying to pin down Nikhil and inspire him to carve out some time. It was hard work with very little impact. We felt drained and, as the project kept being delayed, our initial commitment to the client had to be pushed back significantly as well. This went on for a number of months, and as our frustration grew, we noticed a tendency to fall back into old patterns of pushing people to deliver rather than inspiring them. We were losing touch with the BFP way. Fortunately we caught ourselves in time to notice what was happening. It was time to press the pause button, step back and gain some new perspective.

It was time for a shift from DOING to BEING

The first thing we had to acknowledge was that Nikhil was out of the picture and unless we accepted this, nothing would change. So we lovingly said goodbye with an open invitation to come back on board whenever he wanted to. In that moment of acceptance, where we consciously closed one door, of course something amazing happened. All of a sudden we could see what had always been there but we had been blinded to it. Our attachment to Nikhil prevented us from seeing the brilliance in all the other programmers that had been working under his leadership.

One company in particular (Sunlight IT) had felt hand-cuffed with the current set up. They had expressed this in the past but at the time we were not really open to hand over more responsibilities. Somehow we were carrying the belief that only Nikhil knew the system well enough to be in the lead. When we chose (or to a certain extent were forced) to let go of this belief and invited this new partner (Sunlight IT) to the table as an equal and credible alternative to Nikhil, they started to shine.

To demonstrate their technical competency they volunteered to take the weekend to study the ins and outs of our system and prepare an overview of the work that needed to be done. Within days we had agreed on a proposal and a couple of weeks later the project was delivered. Not only did they complete it on time and within budget, but they also did so in the most professional way. We received daily progress updates and efficient communication whenever they had a doubt or question so no time was lost trying to figure everything out themselves. It was beautiful watching them thrive and show us all their creative potential. This project had turned the relationship from a transactional one to a deeply fulfilling collaboration on both ends. So it seems our technical needs are once again in good hands to allow a fresh wave of new innovations to come forth.

The other good news is that Sunlight IT is opening its doors to serve more small & medium sized companies in Europe and North America. So if you are looking for high quality IT support from a young innovative team at competitive prices then please do reach out. I’d be happy to share more of our experience working with them and put you in touch.