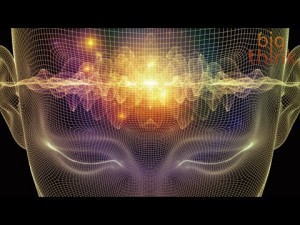 Know that sensation when you’re working out or cranking on a project, and time starts to pass quickly, distractions melt away, and you feel like you’re in the zone?

It’s a real biological process, with a large and growing body of research dedicated to figuring it out what makes it work.

The concept is called flow, a term popularized in the 1990s by psychologist Mihaly Csikszentmihalyi. In a new book called The Rise of Superman: Decoding the Science of Ultimate Human Performance, journalist Steven Kotler takes on the latest research on flow through the lens of action and adventure athletics. Kotler writes primarily about flow in high-stakes sports like surfing — where focus and concentration can be the difference between a tubular ride and a watery death — but the concept could also have big implications for the business world. Kotler spoke to Fortune about the science behind flow, its potential to boost workplace productivity, and how to get yourself in the zone.

Steven Kotler: When I was 30 years old I got very, very sick. I spent three years in bed. The doctors didn’t know what was wrong with me. It was surfing and flow states that brought me back to health.

The difference was amazing. And I started to realize that the same thing that took me from really sub-optimal — I was functional for like 10% of the time — to 80% functional after six months of surfing in
frequent flow states, is something that could take somebody who’s at normal to higher and higher levels.

Can you define flow?

Flow is an optimal state of consciousness where we feel our best and perform our best. Here’s what you need to know: Flow is a spectrum of experience, like any emotion. There are 10 conditions that describe flow psychology, and they include concentration, the loss of self, and the dilation of time — or when  everything slows down or speeds up. You can be in “micro-flow,” where there’s only a couple of those
things, or you can be in “macro-flow.”

When we talk about people at work getting into flow, they’re usually getting into micro-flow. If you’ve ever lost an afternoon to a great conversation, or gotten so sucked into a work project when everything else goes away, that’s flow. The experience goes from there up to these sort of quasi-mystical experiences.

And this is a clinically measurable, physical process?

Yes. Flow research started probably in the 1800s. What has happened in the last couple years is that we’ve gotten very good at measuring the neurobiology. That’s partially because George Bush declared the ’90s the “Decade of the Brain,” and money flooded into neuroscience.

So for example, when it feels like your sense of time slows down or speeds up, and your sense of self vanishes — those sound like new-agey sensations. But we know now that what actually goes on in the brain is something called transient hypofrontality. Transient means temporary, hypo is the opposite of hyper — it means to slow down or deactivate. And frontality is your prefrontal cortex; it’s the part of your brain that houses all your higher executive function.

So the old idea about optimal performance is, “Oh, we only use 5% of our brain, and flow must be all of our brain functioning at a maximal level.” Turns out that’s totally backward. In flow, huge portions of
your prefrontal cortex are turning off. Parts of it start to wink out so you can no longer separate past from present from future. Why does your sense of self vanish? The dorsolateral prefrontal cortex that houses your inner critic — that voice of doubt and disparagement that’s always there — it shuts off in flow.

And this concept of becoming one with everything? You hear surfers talk about, “Oh I was one with the wave,” and it sounds like absolute nonsense. No, it turns out there’s a part of your brain called the right
parietal lobe that helps you figure out where you are in space. It helps us separate self from other. In deep flow states, energy goes elsewhere and the right parietal lobe shuts down. So, from a neurological perspective, at that point the brain actually does believe it’s one with everything.

What good is all this in the business world?

A study conducted by McKinsey found that the average person spends about 5% of working hours in flow. But if you could increase that to 20%, they estimate that overall workplace productivity would double. That’s incredible. That’s a crazy statistic.

There are 15 flow triggers that are covered in The Rise of Superman. For example, you want a very specific challenge-to-skills ratio. The challenge needs to be 4% greater than the skills you bring to the table. We took that number and ran with it, and tried to test it in various scenarios, and we have found it’s very effective.

A rich environment is another trigger. A rich environment is a fancy way of saying lots of novelty, lots of complexity, and lots of unpredictability. Google GOOG -0.55% is great at this. They talk about 10x  improvement and not 10% improvement. When you’re asking for 10x improvement, you’re throwing
out all the existing assumptions, and you have to start radically new. You’re massively increasing the amount of novelty, complexity, and unpredictability in your employees’ work life.

Risk is also a flow trigger, which is obvious for athletes. But it’s not just physical risk. What you’re really trying to do is get the brain to release dopamine, which happens when we take physical risk — as well
as an emotional, social, intellectual, or creative risk. Silicon Valley has an advantage here because it gives people space to fail and take those risks.

Say I’m an executive, what’s my easy answer for reaching a state of flow?

There’s no easy answer, and we always say this is not self-help. I will say that the people who are really good at this, they don’t just go for flow at work, they want flow in their off-time, too. You’re training the brain, and the more flow you get, the more flow you get.

So what you’re saying is, I should take up surfing.

Sure. And creative projects are great — painting, writing, all that stuff. Creative side projects are really important because they’re very common flow triggers. Playing sports helps, and not just action sports.
But it’s important to remember these neurochemicals are potent and addictive, and this can be dangerous stuff. It’s not a quick fix. And it’s not guaranteed.

You can build your environment around these 15 flow triggers, but flow is still a happy accident when it happens. All we can do is make you more accident-prone.